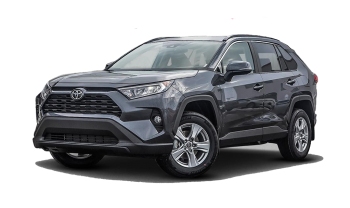 In model year 2020, the Toyota RAV4 shows off why it is a popular and convincing choice in the crossover segment. We love it high-quality cabin fitted with appropriate ergonomics and available hybrid powertrain that delivers excellent fuel mileage. Buyers should also take a look at the new RAV4 TRD Off-Road trim, which features a retuned suspension and all-terrain tires perfectly capable of hitting the trails. 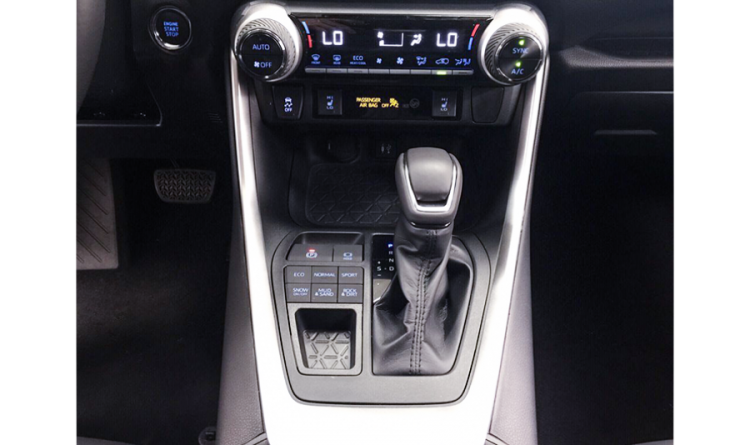 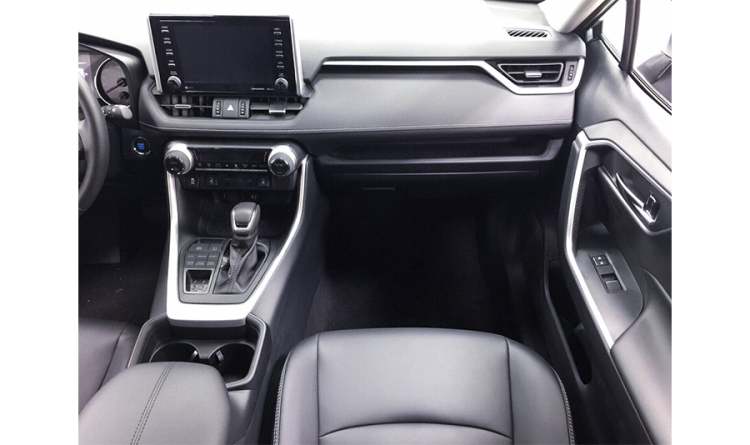 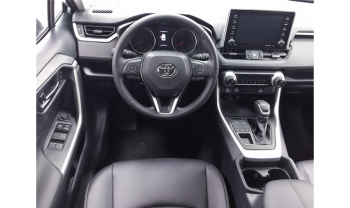 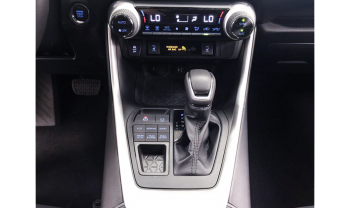 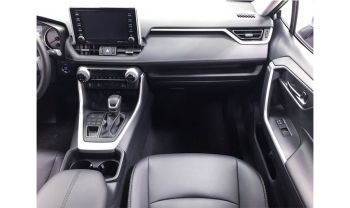 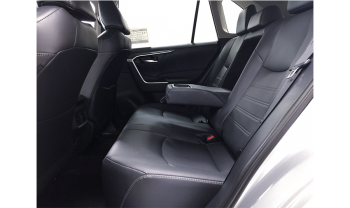 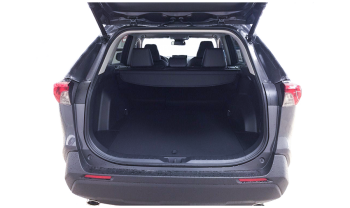 The 2020 Toyota RAV4 seating is quite comfy for five passengers, with good legroom and headroom in both the front and rear areas for average size adults. Passenger cabin improvements are aimed to satisfy passengers and accommodate their cargo. Spacious and aesthetically pleasing, the 2020 model dumps the previous model’s somewhat gloomy interior. Available storage space is surprisingly competitive with similar-sized SUVs or hybrids. The rear seat can be folded in a near-flat position to provide ample cargo space. You can choose between the austere base LE version with its cloth cover and plastic steering wheel or the pricier trims with more luxurious perks including unique accent stitching and upholstery patterns for each model.

Toyota has made sure those riding the RAV4 remain connected to the outside world while ensconced inside. All trims offer an easy-access 7-inch or optional 8-inch tablet-style touchscreen infotainment system with Apple CarPlay or Android Auto capability plus a 4G LTE mobile hotspot. Other standard techie gears include keyless entry, a rearview camera, a single USB port, a 4.2-inch LCD gauge cluster display, and satellite radio. If you don’t have the optional navigation system, you can connect any compatible smartphone to the desktop screen via the Scout GPS link to view a map and directions.

Toyota has upped the ante with an improved, more aggressive styling of the new 2020 RAV4. Its rugged design exudes the boldness of the Tacoma truck and the 4Runner SUV. LE and XLE trims have 17-inch wheels with silver 6-spoke while the Premium and Limited trims have the 19-inch multi-spoke alloy wheels.

To spike the RAV4 aesthetics in its RD Off-Road model, Toyota installed all-terrain Falken tires on exclusive 18-inch wheels, an exclusive TRD suspension kit with red coil springs, and plenty of TRD logos all around.

The 2020 Toyota RAV4 203-hp 2.5 liter gas-only engine is powerful enough to provide decent acceleration and speed on the streets. The 8-speed automatic transmission works smoothly for easy and quick shifting. Generally, expect to hear some growling though when you step on the gas which can be a turn-off. You just get what you expect performance-wise in terms of competence with no delightful surprises. With the Hybrid versions, you can even race with and possibly outrun a few other hybrids in its class.

A potential favorite for fuel-economy-conscious SUV fans, the 2020 RAV4 boasts of a class-competitive EPA rating of 28 mpg (city) and 35 mpg (highway) for the standard four-wheel-driver versions. The optional AWD versions (the Adventure model, for instance) tend to have less stellar fuel mileage. Watch out for ratings for the hybrid versions to be released anytime soon.

Overall, driving the RAV4 gives you an almost car-like feeling. Toyota has managed to balance the steering and weight of the new RAV4 quite nicely. We got just the right feedback from the road and during steering which is much-needed upgrade over previous models.The RAV4 handles well around corners and across most surfaces, giving the driver and passengers a smooth ride.

The 2020 Toyota RAV4 is easily a good choice for families of five or smaller. Overall, it earned a well-deserved highest NHSTA rating: five out of five stars. Also, five stars in the side crash test and four stars in the frontal crash and rollover tests. An IIHS Top Safety Pick, this current RAV4 is still waiting for the institute’s crash ratings.

Toyota covers the RAV4 with a three-year/36,000-mile basic warranty, a five-year/60,000-mile powertrain warranty and an eight-year/100,000-mile hybrid-component warranty. Plus, a complimentary scheduled maintenance of 2 years or 25,000 miles for all models.

As of this writing, no known recalls have been announced for the 2020 Toyota RAV4.

The RAV4 comes in six trim levels: LE, XLE, XLE Premium, Adventure, TRD Off-Road, and Limited. The Hybrid version is available in LE, XLE and XSE trims. Front-wheel drive is standard on all trim levels except the Adventure and the TRD Off-Road, which get all-wheel drive.

What Other Experts Say

Like the bestselling RAV4s in recent years, the 2020 Toyota RAV4 does not disappoint compared to other vehicles in its class. You can build the RAV4 that matches your lifestyle and taste with the range of options and trims available. Its formidable rugged style balanced by ease of travel for passengers inside makes it a great compact SUV. You may be turned off by the high base price, but  it is a great choice as a family vehicle because of its impressive standard features, above-average reliability rating and outstanding fuel economy. For long-term savings on gas, you may choose the more expensive Toyota RAV4 Hybrid which is actually one of the lowest priced hybrid and electric SUVs.