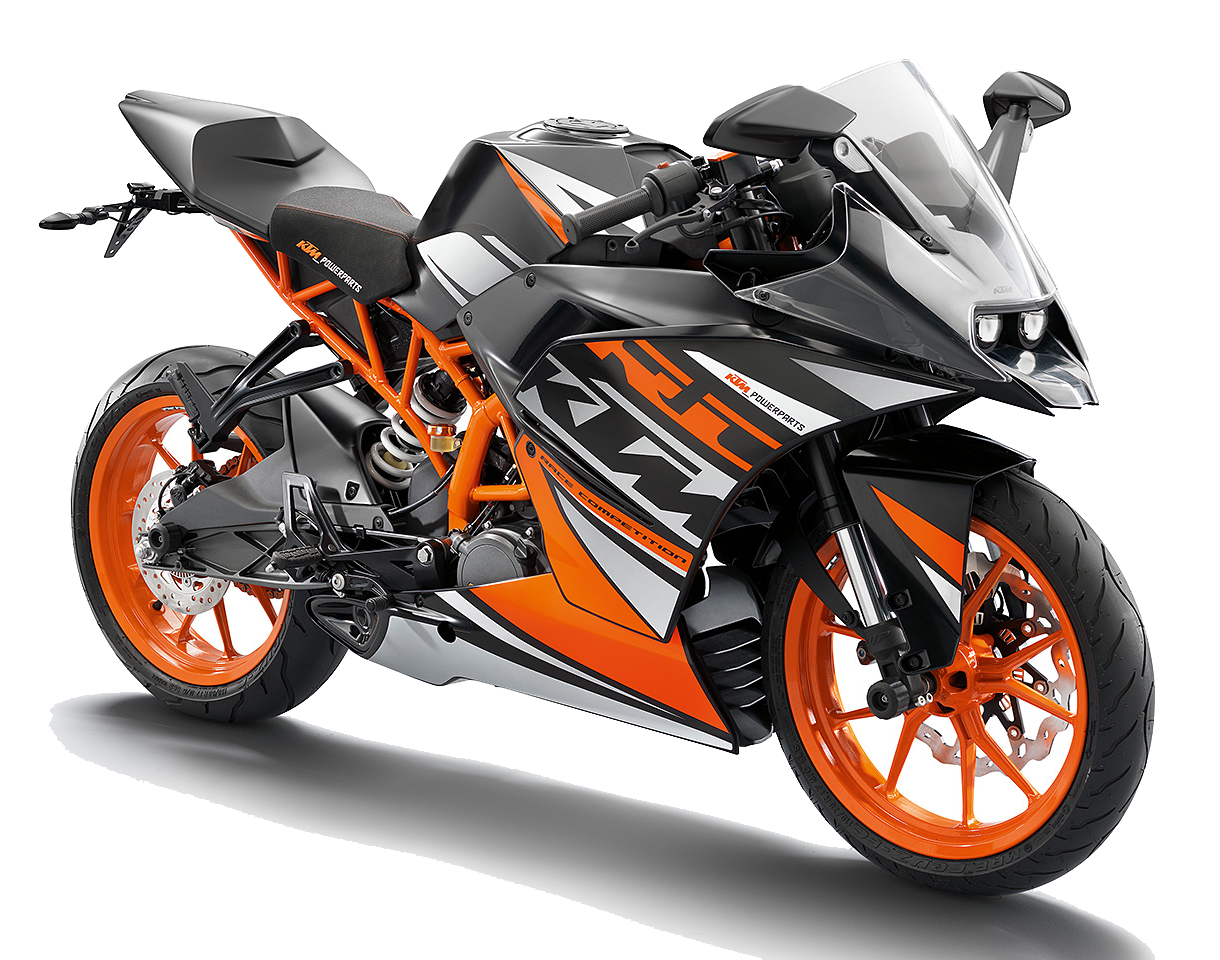 Known for off-road bikes, KTM has pumped up its lineup with street bikes and sold almost as many street bikes as off-road bikes in 2015. Over the years, KTM has built a reputation for building agile and speedy bikes that have won some of the biggest races throughout the US and Europe. The Austria-based company has been the largest motorcycle manufacturer in Europe since 2012 and now also one of the top off-road bike producers worldwide.

When you buy a used KTM motorcycle, you want to make sure it has been well-maintained and has no previous issues. Avoid problems in the future by doing thorough vehicle research for free.

Where to find the VIN? The VIN is found on a sticker on the headstock sleeve of the KTM motorcycle. This is mostly true with models like Duke, EXC, and RC. You may need to turn the front wheel to the left to see it. In some models, you may find the VIN on the side frame rail, under the fuel tank or seat/engine mounting.

Austria-based KTM AG was founded in 1992, but its story started back in 1934 in the car repair shop of Johann Hans Trunkenpolz. The first KTM bike did not arrive in the US until 1968 when it was imported under the name of John Penton. KTM America Inc. was established as a motorcycle plant in Lorian, Ohio ten years later. Today, KTM is known for its high-performance motorcycles for street and off-road use as well as for racing.

Other Sources for KTM Motorcycle Owners

KTM has announced the recalling of all 2021 KTM SX-E 5 mini dirt bikes due to a missing battery vent valve that could allow water to leak into the battery. This may cause a short circuit that may result in an immediate engine shutdown and then, possibly, a crash. Husqvarna also recalled some of its bikes with the same defect.

Owners of affected KTM vehicles are advised to contact their respective dealers immediately to have their bikes repaired for free.

Here’s how to check if a KTM motorcycle is covered by recent or previous recalls:

Why should I run a KTM Motorcycle VIN check?

Whether you’re a buyer or a seller, you will find relevant information when you look up a KTM motorcycle VIN. Each report includes vehicle specifications, sales records, recall information, and official NMVTIS data: